Kevin Neff and his Kevin Makes Sense Media’s new television show project, “Kevin Neff’s Speaking of Success”, was recently featured by Inside Business Entertainment. The first episode of the show, which is scheduled to be shot April 15th-17th in Northern Virginia, will feature two celebrity guests. The first, Mark Schulman, is the world class drummer for P!NK and has also backed such musical greats as Cher, Beyoncé, Billy Idol, and others. 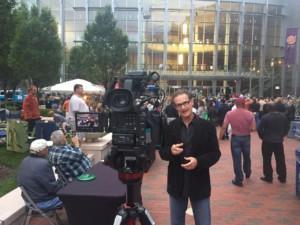 Mark is also a successful celebrity keynote speaker featuring his “Rock Your Mindset” philosophy. The second being David Tilton, USN Retired, and Chairman of Military to Motorsports. David is also the chassis owner of the 2017 winning Indy 500 car. You can read the entire article here.

The show which will air on ABC, NBC, CBS, and FOX affiliates, is currently accepting guest applications for the April 15-17th event. To learn more or to apply, go to  https://kevinmakessense.com/television-show/