“Kevin understands the business and branding world, and brings the best out of me in everything we do together”, said Aronoff. “I was immediately impressed with both Kevin and his work when we first met at a National Speakers Association event several years ago.” 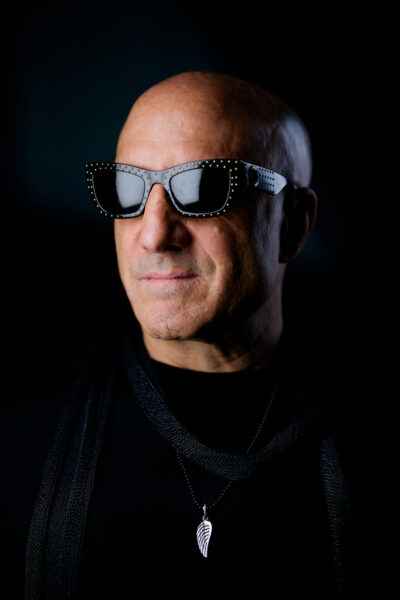 Aronoff is considered one of the most influential and in demand drummers and percussionists in the world. He has entertained millions of people with his drumming, has played on thousands of records, and has been the “go to” drummer for the biggest stars in music while providing the beat of American culture over four decades. In addition, Aronoff is an enormously successful studio musician recording over 300 MILLION records in sales with more than 1300 that were RIAA Certified Gold, Platinum Or Diamond. A true renaissance man, he is also a best-selling author, television show host, and accomplished corporate speaker, having taken the stage for top universities, corporations, and organizations around the world.

“Being the music junkie that I am, the opportunity to work with a true rock legend is an absolute thrill for me”, said Neff. “It’s an enormous compliment for Kenny to put his trust in myself and my team with his personal branding. You learn very quickly that Kenny’s accomplishments are not a fluke, but the result of countless hours of honing his skills and talents. He definitely sets the bar high in everything he does. VERY high actually.”

About Kenny Aronoff – Today, Kenny Aronoff spends his time touring, recording in studio, and rocking corporate speaking stages around the world, teaching people how to embrace adversity and gain confidence in their personal and professional lives. Learn more at: https://kennyaronoff.com/

About Kevin Neff – Kevin is the CEO of Kevin Makes Sense Media, an award-winning video production and creative branding firm located in Virginia Beach, Virginia. They are the agency of choice for those select businesses, entrepreneurs and professionals seeking to stand out from the competition while growing their exposure, influence and following. They provide custom multi-media solutions for local, regional, and national clients.
Learn more at https://kevinmakessense.com/